The acknowledgement of the breed and the breeders’ Unions’ rising

After nearly a century of work to obtain a reliable and homogeneous livestock, the name « Montbeliarde breed » was used for the first time in 1872. Joseph Graber, descendant from Mennonites and seasoned farmer from the Montbeliard country, used this term to qualify the cows he presented at the Langres show .Under J. Boulland’s impulsion, a veterinarian and vice-president of the Montbeliard show, and with the support of Jules Viette, who was born in Montbéliard and then Minister for Agriculture, the Montbéliarde breed was officially accepted in 1889 at the Universal Exposition in Paris. That same year, a herd-book was created and M. Boulland became its first president.

To promote and organize the selection, breeding Unions were created under the supervision of Benjamin Kholer. From an Anabaptist family, this agricultural sciences professor in Montbeliarde then Headmaster of the dairy School of Mamirolle had studied the Unions’ functioning in Switzerland and Germany.  The first two breeding Unions of Doubs, and probably of France, were founded in 1901 in Grand-Charmont at the instigation of M. VERNIER’s, and in the Fins under Joseph MAMET’s term of office.

M. MAMET would become one of the greatest names of the Montbeliarde breeding story. In 1903, the general association of breeding Unions of Doubs, directed by Kohler, unites fifty local breeding Unions.  The role of the Unions became primordial in the choosing of bulls for public natural service, the recording of reproductions and births, the management of civil status of the animals, along with conformation checking. The general association, become Union of the Breeding Unions of Doubs, organized the milk recording after 1914. The breeding Unions had been responsible for the improvement of the livestock for half a century until the creation of artificial insemination centers. The development of insemination since 1945 was a factor of propagation of the Montbeliarde in other French departments and made possible the setting up of bull « testing » in 1952. 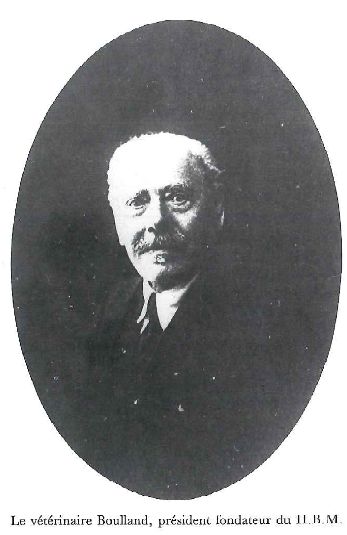 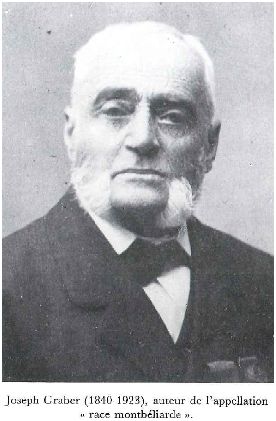 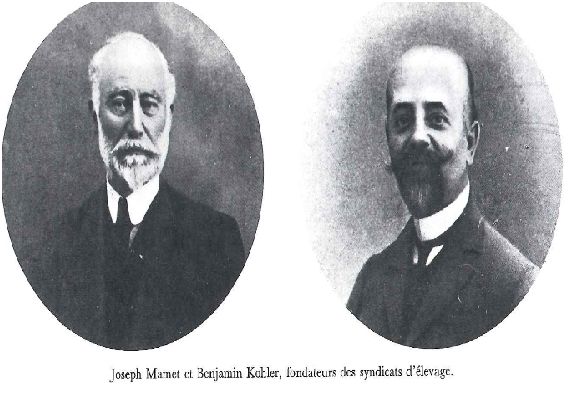