A 1.200 breeders survey conducted in 2012 in western part of France is clear: the Montbeliarde is appreciated for its hardiness. The main advantage according to the breeders is « less health issues » (answer given by 24% of the breeders). 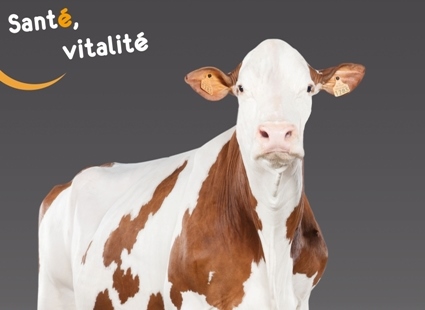 The Montbeliarde is not very prone to mastitis, to metabolism diseases (puerperal fever, displaced abomasum) and to calving problems. In case of temporary difficulty, its body reserves and its temperament help to overcome the problem.

Compared to Holstein or Normandy herds, the veterinarian costs per LU are decreased of 34%.1

1 Comparison according to CER France data, 2012 (Mayenne and Sarthe departments).

38 days gained between 2 calvings: the Montbeliarde herds have an average interval between calvings of 402 days against 440 days for Holstein herds.2 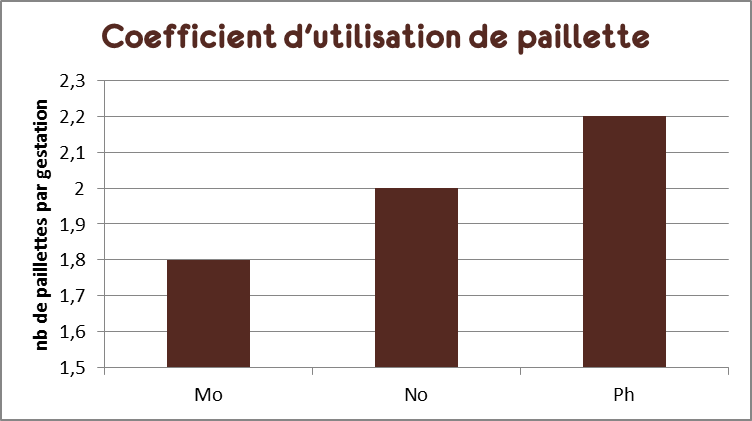 ² Comparison according to Clasel data, 2012-2013 (Mayenne and Sarthe departments)

The Montbeliarde cows are twice more likely to achieve a 5th lactation (20% of them versus 11% of Normandy and 10% of Holstein cows)3. 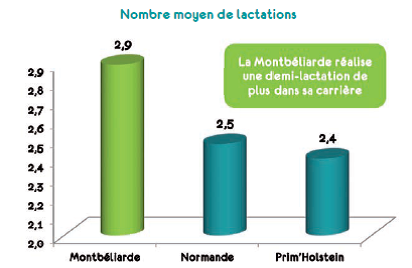